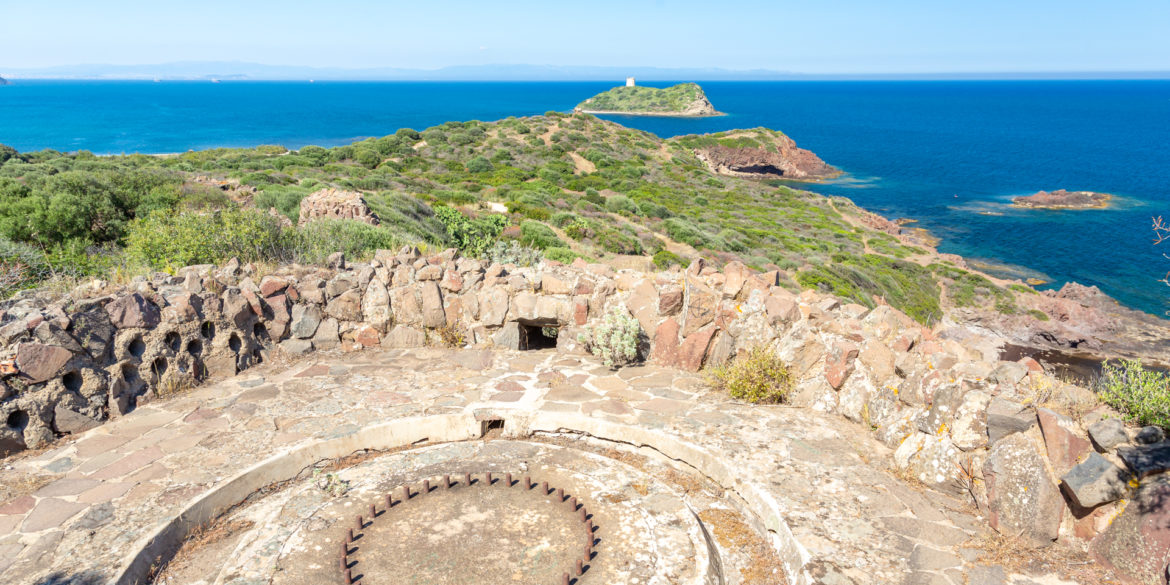 Close to town, located on the hill of Santa Vittoria, the anti-ship battery Boggio has been rendered accessible and available for visits, a military position which dates back to the Second World War. This defensive outpost was equipped with four cannons and had the task of surveilling British naval movements between Gibraltar and Malta. The Boggio battery was a part of the vast defensive system organized around Cagliari, prepared in the second half of the 1930s, comprising an extended network of watchtowers and twelve batteries in fixed positions.