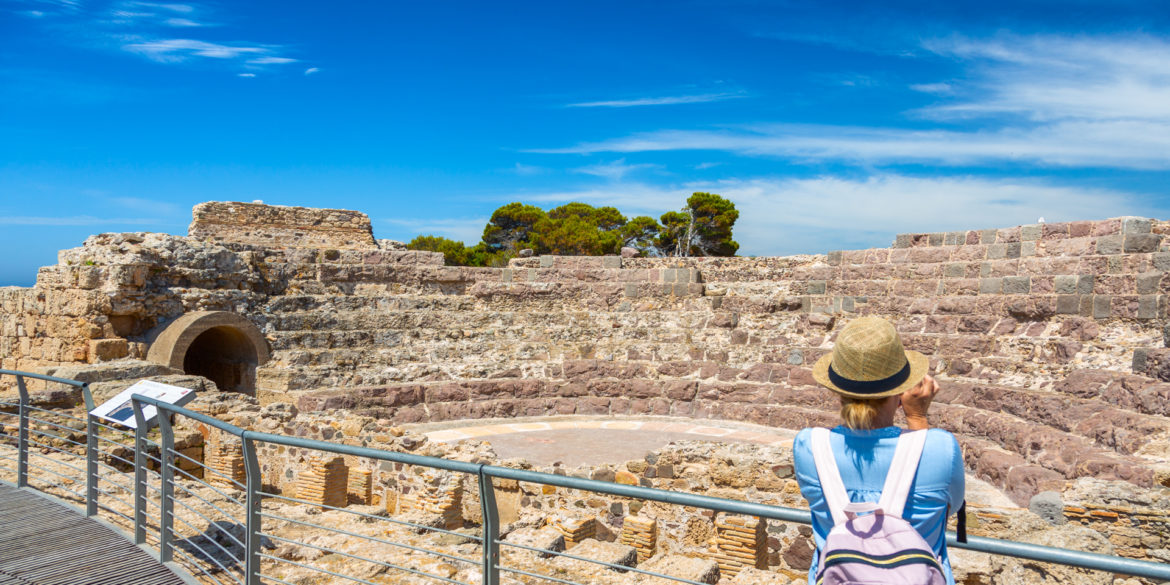 Stories from long ago

The history of the area of Pula is intertwined with the ancient roots of Nora. This ancient city was founded by the Phoenicians, next to a pre-existing Nuragic settlement and, thanks to its privileged geographical position, it was one of the most important commercial ports of the ancient era. In 238 BCE, it became a Roman city and in the first century CE it obtained the status of municipium. In the following two centuries, it saw its greatest splendor and was declared caput viae, the official starting point for all roads on the island. Starting from 700 CE, as was the fate of other Sardinian coastal cities, Nora started to depopulate as a result of the constant raids, first by the Vandals and subsequently by the Saracen pirates, following the fall of the Roman Empire.

On the beach of Nora, the little church dedicated to Sant’Efisio rises. It is an enchanting place of worship, against the backdrop of a crystal-clear sea, preserving the faith, the history, and the traditions of the area of Pula. The church was built in the 11th century, on top of a paleo-Christian place of worship and, according to lore, the exact location where Sant’Efisio was martyred, dated at 303 CE, and where his remains were kept until 1098. The sanctuary is an important place of worship and commemoration for the devotees of the Saint who, since well over three centuries, accompany the statue of Sant’Efisio in the month of May from the borough of Stampace in Cagliari all the way to Nora.