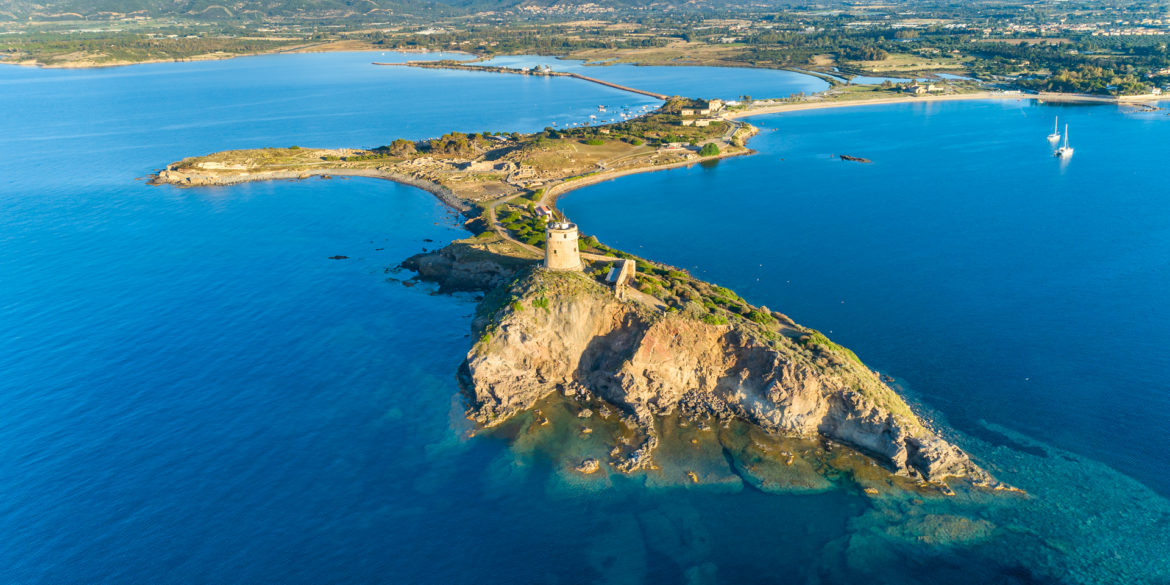 The spectacular tower Torre del Coltellazzo (or the Tower of Nora or of Sant’Efisio) is an ancient military structure which stands on top of the promontory facing the stunning archaeological site of Nora. It was built at the end of the 16th century by the Spaniards to monitor naval traffic to the West of the Gulf of Cagliari. The current fortified exterior, with its walled perimeter and turrets, derives from the modifications which were applied to the construction during the first half of the 18th century. Over the course of the 19th century, the Torre del Coltellazzo was endowed with a lighthouse which is still in use today by the navy. Do not miss the opportunity to admire the unbelievable view from here.