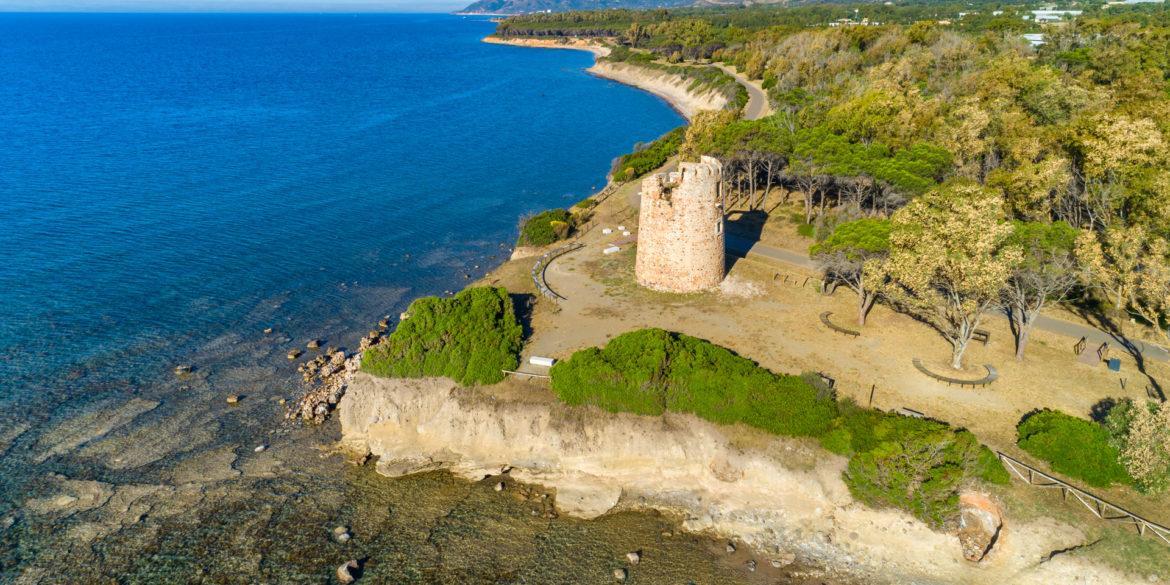 Built by the Piedmontese at the end of the 18th century, the tower of Cala d’Ostia took the place of the pre-existing Spanish watchtower. It had the function of surveilling the stretch of coast of the estuary of the river Rio Pedras de Fogu up to the two coves Calette d’Ostia against attacks by pirates. The tower could transmit messages to other positions thanks to the visual contact existing between them. It has undergone a successful restoration which was completed 15 years ago.