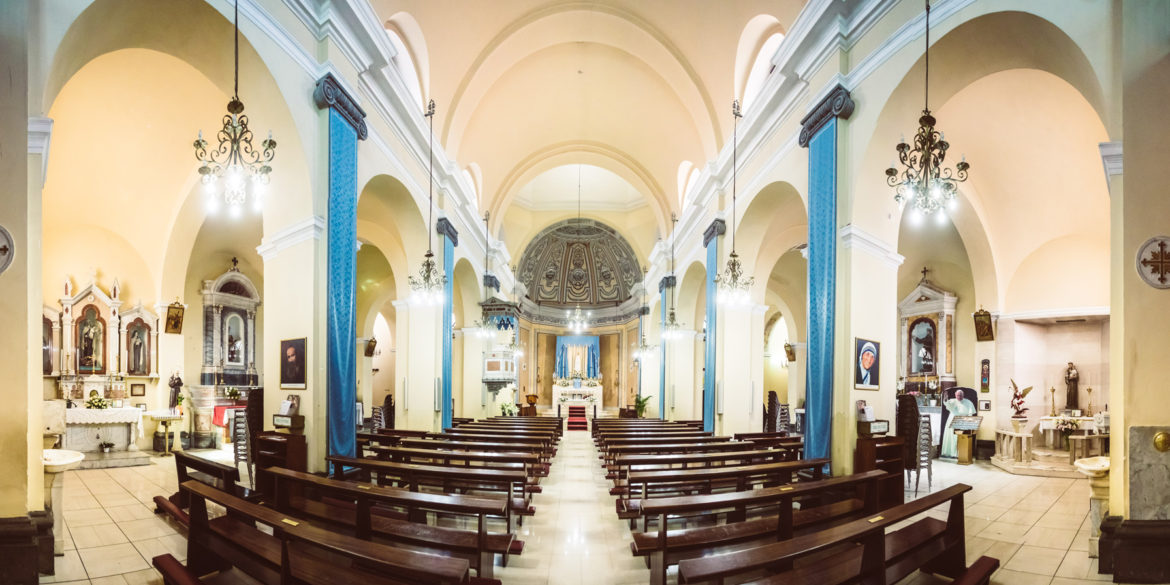 The parochial church of San Giovanni Battista was constructed at the end of the 19th century and the start of the 20th, on top of the foundations of an antique Romanesque/Pisan church of the 17th century. The design of the church, an undertaking of engineer Giuseppe Costa, the same who designed the Bastione di Saint Remy in Cagliari, is in neoclassic style with art deco elements. Inside, you can admire the antique wooden altar in baroque style dating from the 18th century, which we assume was recovered from the pre-existing Pisan church.

Particularly noteworthy as well are the frescos which date back to the start of the 20th century, covered up with whitewash during the fascist period and partially brought back to light and restored with hatching and pointillistic techniques on the occasion of a recovery operation conducted in 2001. In the lateral naves stand marble sarcophagi, one of which contains the remains of a duchess from Cagliari.