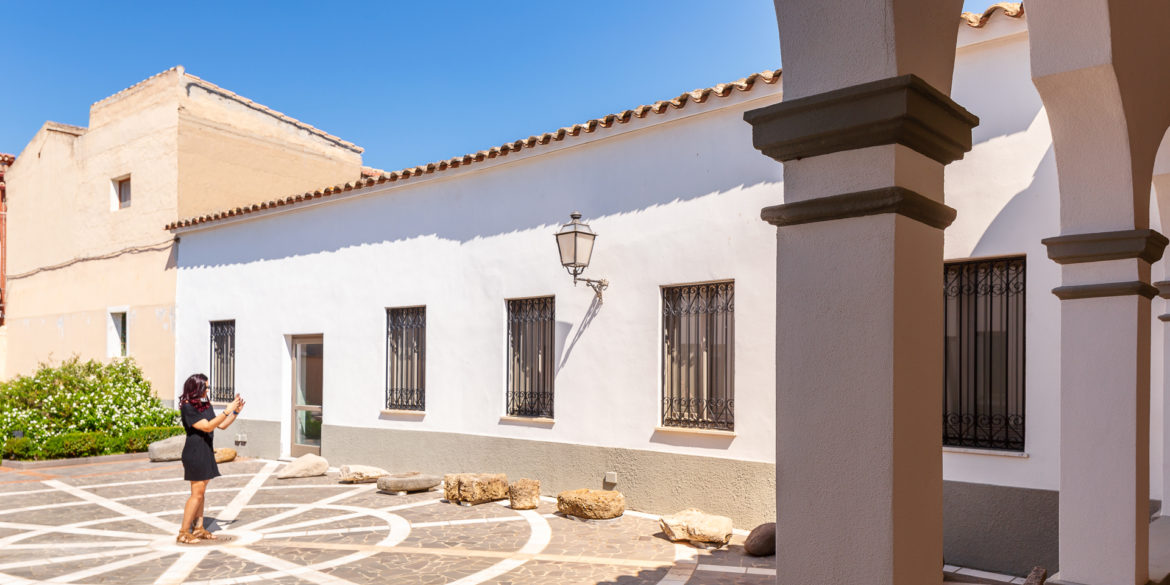 At this museum you can admire the remains of daily life which also testify to the ancient Phoenician and Punic rites associated with the cult of the dead. While a visit of the ruins at the archaeological site of Nora allows you to comprehend the results of the Roman conquest, Museo Giovanni Patroni, on Corso Vittorio Emanuele, offers you the traces of a preceding period, closer to the foundation of Nora (2800 years ago), characterized by the Phoenician and Punic civilizations.

Exhibited are, besides a series of interesting artifacts such as amphoras, anchors, and ceramics found on the seabed of Capo di Pula, some of the most interesting findings recovered from the Punic necropolis, including the invaluable sheet-gold with gorgoneion (Gorgonian tips), which has become the logo of the same museum. Photo documentation from the times of the first excavations during the 19th century accompanies the stele of the Punic tofet which dates back to around 2300 years ago.

The aquarium is located in the swamplands area of Pula at a spot where interesting birdwatching excursions on foot or by canoe head off towards the lagoon, at close range from the numerous species of birds which live there. It is a “live” museum, because inside the eco-aquarium the fish, crabs, starfish, and poseidonia plants tell you the story of the sea-habitat which is the Mediterranean Sea. All the creatures which live in this basin derive from the nets of the fishermen, where they had been entrapped inadvertently, and they are liberated later on when they have grown to a certain size.